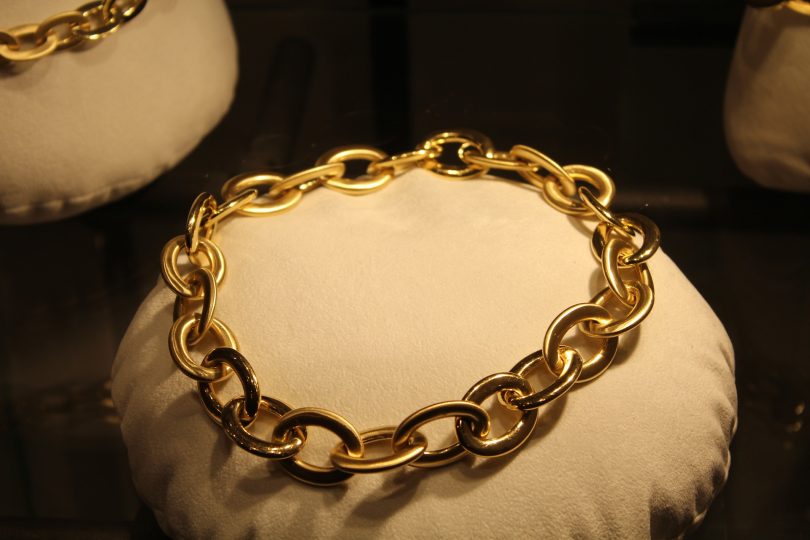 John Brownstone and I have been together in some form or fashion since March 2013 (we’ve known each other since December 2012). We’ll be married on October 28, 2017. We’re in a 24/7 D/s relationship. And I’m not a collared submissive.

Does that surprise you? Depending on how you view collars, maybe so.

Will I one day be collared? I think so. It’s not something we talk much about. We had one big conversation early in our relationship, and since then, it’s been a non-issue – at least for me.

And yet, collars still play a significant role in parts of our relationship…

I have a custom leather play collar that absolutely puts me in a submissive (and very kinky) headspace when he puts it around my neck.

I treat every piece of jewelry he gives me – from necklaces to my engagement ring – like a “mark” of ownership. One necklace is locked around my neck and never comes off.